What makes TransparAid? Why are we involved in the implementation of this project? An overarching purpose. We all, if you put it easily, come from the business world, can market products, develop creative concepts and create complex software solutions, which we enjoy very much. At the same time there is another heart beating, or even more the same heart beating, which wants to give something back and combines exactly these strengths with the conviction to give people in need a little more hope...

We at TransparAid do not know all of the approximately 11 million NGOs and aid organizations that exist at present. However, we do know some of these organizations well: Jo has been working as a freelance photographer in the world's war & conflict zones since 2011. Over several assignments, as an "embedded journalist" for NATO or on his own initiative, he has so far mainly documented Afghanistan, the Autonomous Region of Kurdistan, Iraq, Mali and Lebanon to search for positive aspects, for traces of hope. In the vast majority of cases, he succeeded. Somehow.

FOR WHOM WE DO IT 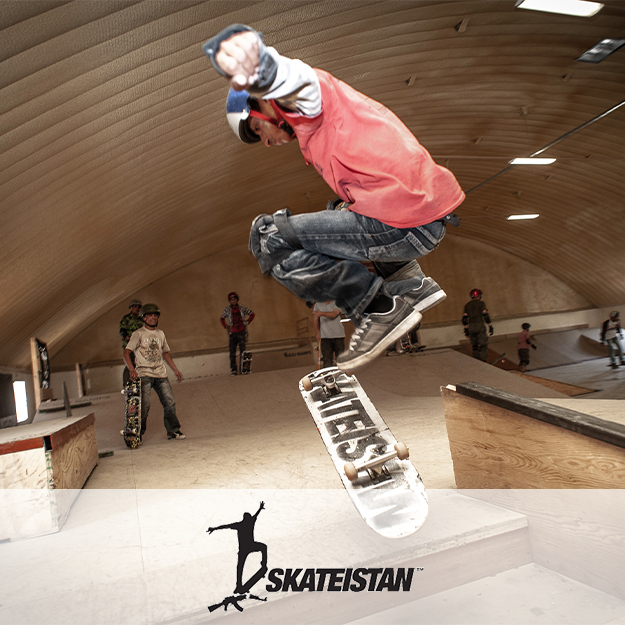 Skating in Kabul? Sure, why not? SKATEISTAN is one of the greatest organizations I know. Not least because I have a skating history myself (not very glorious, I am more of a movement dope), but also because it was the first aid organization I photographed pro bono.

It was Kabul, 2011, and I was convinced from the very first moment that this organization is fantastic, great and quite wonderful. With their Safe to Skate initiative, Skateistan wants to create places where it is safe for children to skate, learn, play, and dream. When I asked Oliver Percovich this week if I could introduce Skateistan and he told me about their current projects, it was somehow immediately clear to me: I have to go back to Kabul! 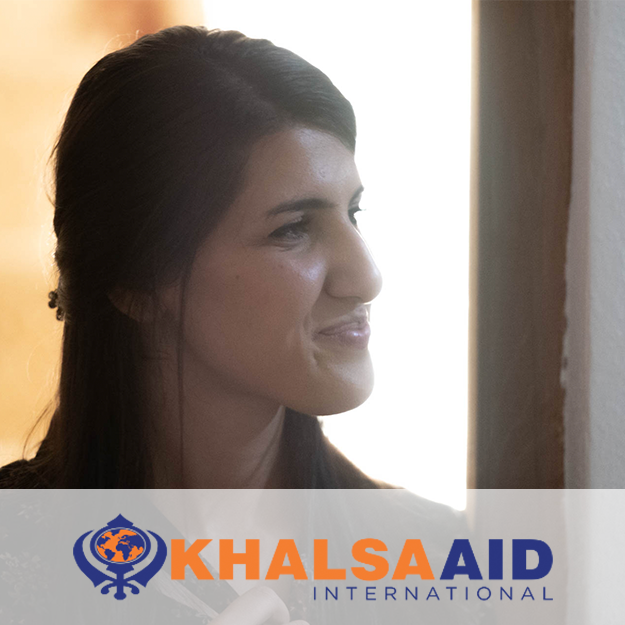 Khalsa Aid International is a UK-based humanitarian relief charity providing support around the world to victims of natural and man-made disasters such as floods, earthquakes, famine and war. The team is often one of the first on the scene to help distribute food, water, clothing, medical and sanitation supplies. It was founded by Ravinder (Ravi) Singh, who was struck by the plight of the refugees in Kosovo in 1999 and is based on the Sikh principle of "Recognise the whole human race as one”, reaching out to those in need, regardless of race, religion, borders. Recent projects happened in Indonesia, India, Congo, Iraq, Syria, Lebanon and Turkey amongst others.

When Johannes was in northern Iraq in September 2019 to document the Peshmerga and to test courses in self-defense and nutrition in the refugee camps with a small team, he met Suzan Fahmi from Khalsa Aid by chance. After a short chat on Facebook, we agreed to a trial training in self-defense for Yezidi girls near Lalish, the holiest place of the Yezidis. From the first contact to the trial training two days passed. Since then we know that Suzan's effectiveness and efficiency are absolute. I would support any of the organizations Suzan works for unseen.

When Andrea von Siebenthal from the GICHD asked me in 2018 if I was interested in working with them, I thought about it for about 0.3 seconds. Of course, I wanted to help, because demining means nothing more to me than making civilization possible again in former conflict areas. Therefore, I travelled with Andrea and a great team of filmmakers to Bosnia and Lebanon to document the work of the deminers, who are advised and trained by the GICHD. This work resulted in a photo exhibition that has already been shown in several countries. I was and am 100% convinced of the dedication of the GICHD staff and the positive civilian impact of their work! The organization of the GICHD is financed by the Swiss government, so all donations are 100% used for the project work. 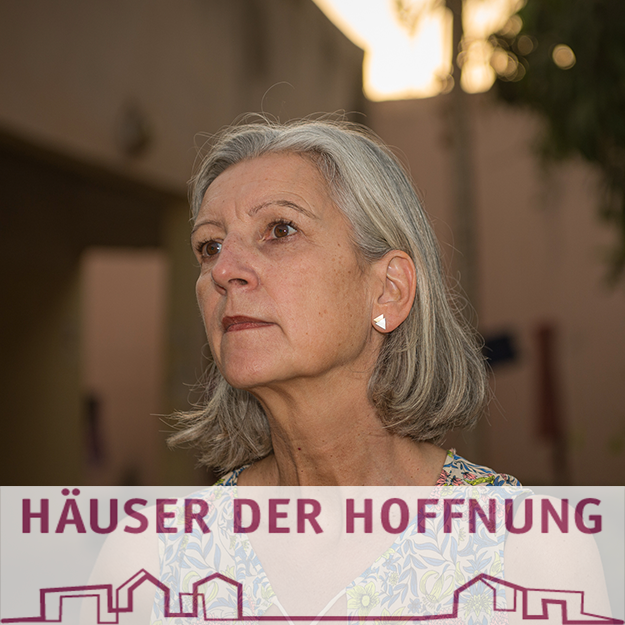 In autumn 2017, I worked on a documentary about the United Nations blue helmet mission in Mali, Africa. When I took some pictures with the German Armed Forces in Bamako about the conditions on site, we "stumbled" over the organization "HOUSES OF HOPE" in an impoverished corner of the city. We asked if we could have a look at it, and we were allowed in. It is impressive what the German Gudrun Eisenmann is doing there, especially the work with young girls who live with "Houses of Hope", go to school in safety and learn many useful things about health and nutrition. I trust Gudrun. In addition, I firmly believe in a correlation between the role of women and girls in a society and their peacefulness. 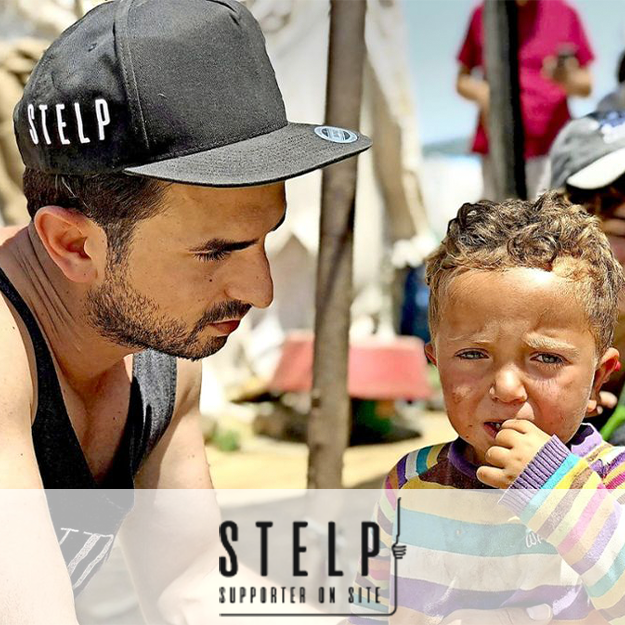 I know Serkan Erken from STELP (Stuttgart Helps) from an event during the last European elections. We both gave keynote speeches to young people in Stuttgart to promote Europe. We both looked at the European idea from the perspective of external borders, geopolitical security and the absolute need to do something about the causes of flight in the Middle East and Africa. Over a beer afterwards, Serkan told me about his first trip to Greece with clothes and aid - and how the story of STELP would unfold. The glow in his eyes when he described STELP's projects told me all about a man who has dedicated his life to helping those in need of protection. We have stayed in touch ever since, and it is only a matter of time before we travel together to one of the countries we so much care about. 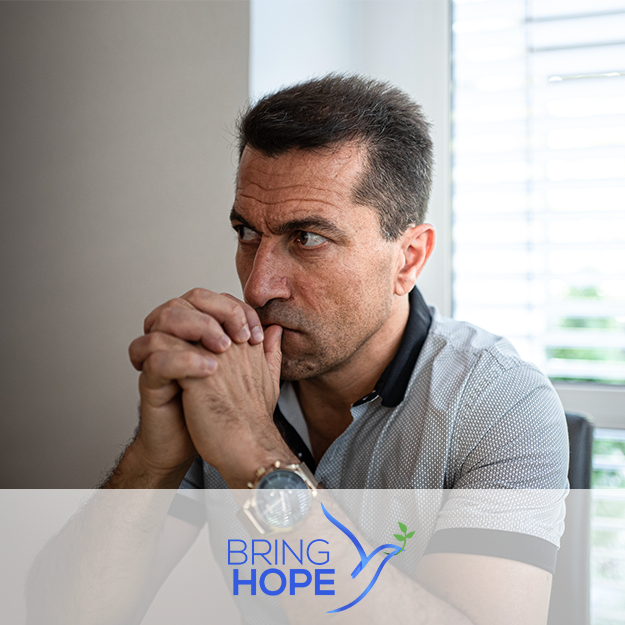 In Kurdistan (Irak) live about 6 Mio. people and in addition about 1,5 m refugees that are in constant need of humanitarian aid. The BRING HOPE HUMANITARIAN FOUNDATION works to alleviate the suffering of those affected by war and poverty by bringing medical aid, humanitarian aid and support for children. It is a bigger and highly effective organization that works the ground. Since 2015, 1.5 million refugees have been helped with 150 loads distributed across 50 refugee camps. 25 of these loads of medical drugs and medical equipment were donated and distributed, mostly in collaboration with our international and local partners, to the camps across Iraqi Kurdistan within the Duhok, Sinjar, Erbil, Sulaymaniya. When it comes to bringing aid supplies quickly and reliably to where they are needed, BRING HOPE is at the forefront.

Johannes has known the founder of Bring hope, Mariwan Baker for several years now, and has supported him and his foundation with photos and films repeatedly, one of which was shown in the European Parliament in Strasbourg. At the beginning of 2017, Johannes drove with BRING HOPE HUMANITARIAN FOUNDATION to the front lines in front of Mosul to deliver 50.000 liters of drinking water that he had bought with the proceeds of a photo exhibition in Munich. Mariwan spontaneously contributed several vans with blankets and medicine. In autumn 2019, BRING HOPE supported Johannes own project TRACES OF HOPE in Iraqi Kurdistan in the implementation of aid prototypes focusing on self-defense of women and nutritional education in refugee camps. 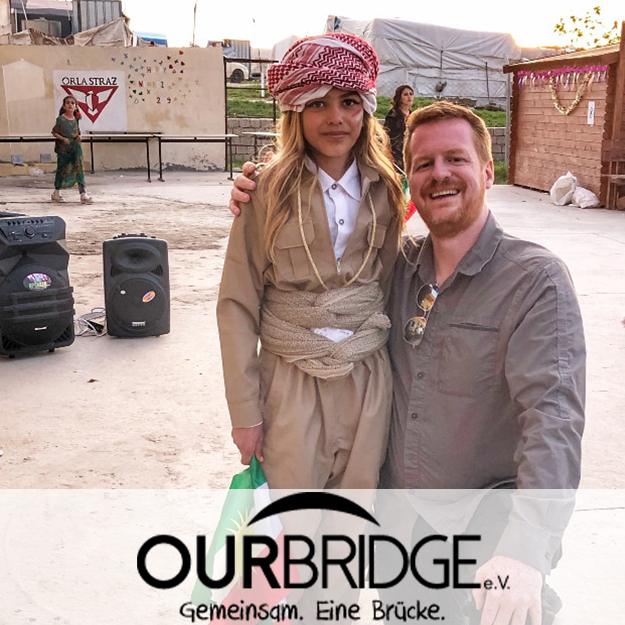 Five years ago, the IS invaded the Yezidi settlement area in Shingal, Iraq. Tens of thousands were deported or died, leaving countless children without a future. In the same year, OUR BRIDGE was initiated by Paruar Bako as an education centre for children to give them a better future. Now 300 children go to school there and learn reading, writing, arithmetic, English, the use of new media and the sewing machine. They also have the opportunity to shower, do laundry and use the playground on the farm. The first facility was built in Khanke, on Lake Mosul. A second facility is currently being built closer to the Syrian border. Johannes friend Enno Lenze, a museum director as well as a war reporter in his free time has been there - they travelled in the Middle East together a few times. Enno supports Our Bridge on a voluntary basis, so you can rest assured of its efficiency and effectiveness. 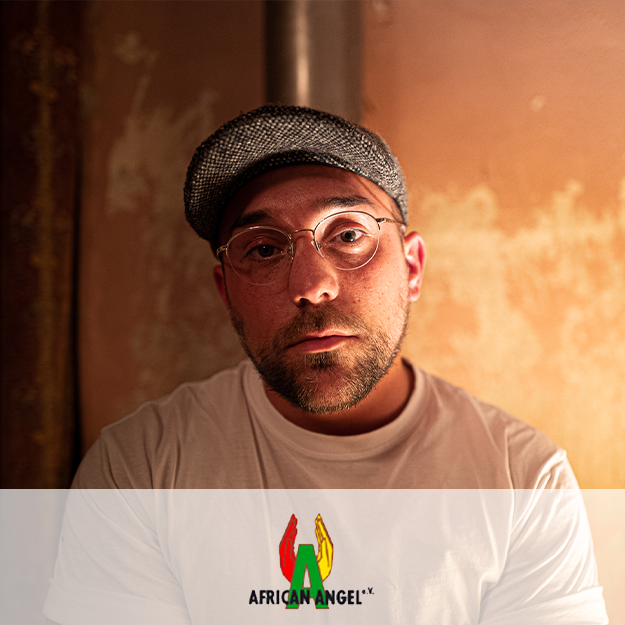 I met Oliver Virnich in winter 2019 in Hamburg at my "Traces of Hope" fundraising gala, and I was immediately impressed by his attitude. Oliver works for AFRICAN ANGEL as a volunteer and simply says: "I myself have seen not only the beautiful sides of life and have had master some challenges. Through this, I realized how lucky I am to get the chance again and again to achieve the best of life."
African Angel e.V. is a Düsseldorf-based association, which collects money to support slum children, mostly from Bukom, a slum in Accra, in order to finance the children from the slum a school education to study. "No one can save the world alone, it needs many small projects."
True words, so let's do this! 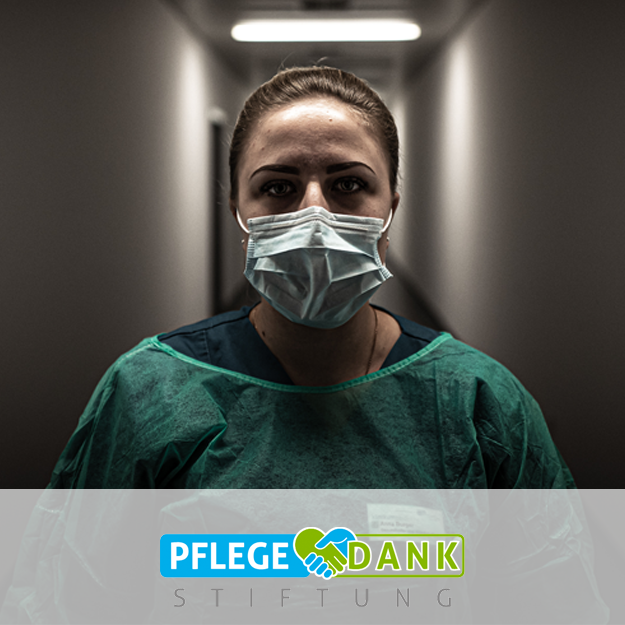 In spring 2020, Covid-19 kicked in and changed, well, everything. We all were puzzled, irritated and insecure about what the hell was going on. And while many of us were complaining about the inconvenience of the lock-down, others were doing their job: Doctors and nurses.
Jo has been hospitalized many times in his life, so when being asked by Paul Hartmann AG to shoot a documentary on "Infection Warriors", he did not even blink before saying yes. While working in hospitals, he heard about the Pflegedank Stiftung, a German NGO that was founded give nursing staff confirmation of their important and responsible work "from the outside". This can be achieved, among other things, by additional events that promote team spirit or by making breaks or recovery processes more attractive... 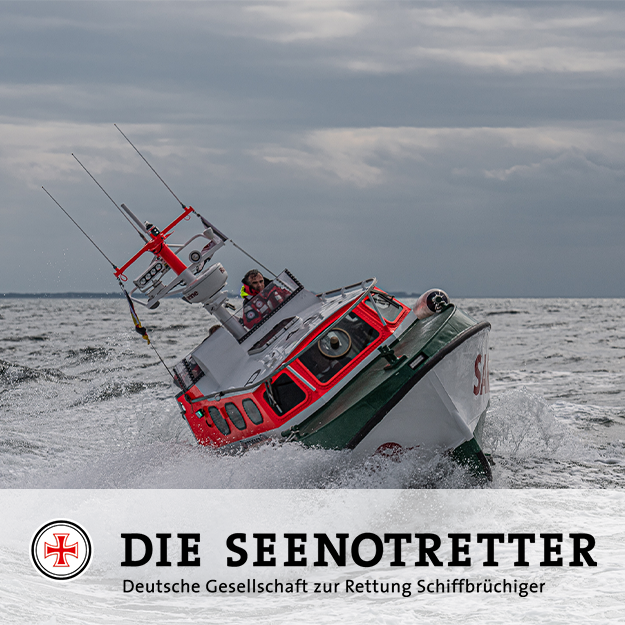 In the summer of 2019, Jo had the great opportunity to join two German SAR teams in the Baltic Sea: SAR Cruiser THEO FISCHER from Darsser Ort and SAR Cruiser ARKONA from Warnemünde.

Besides a progressive consumption of ginger against seasickness, which Jo presumed to happen with high probability, he met fantastic people and impressive tech. The sea bears of DGzRS would give me a glimpse on modern Search and Rescue missions, saving lives every day.

THIS IS THE BEGINNING

We are continuously working on increasing our reach and optimizing the platform. Transparaid is just beginning. We will gradually develop further features and, for example, enable donations via the platform. If you would like to support us, you can help us to increase our reach by following us on social media channels and using the images. Please do not hesitate to contact us with sug-gestions, ideas or for financial support for Transparaid.